Around this time of year, the rattlesnake danger moves to the forefront of everyone’s mind, and people start asking me about my thoughts on rattlesnake avoidance training.  My take on it is that it’s a good idea for some dogs, but you have to understand how it works, and what it does and doesn’t do, to decide if it’s right for your dog.

Rattlesnake avoidance training is done with a shock collar.  Basically, a professional teaches your dog to associate the presence of a snake with a painful shock. In order for this to be a long-lasting lesson, the shock must be at a high level – dogs do cry out, so you probably don’t want to watch. It doesn’t last long, though, and the professionals who do it in our area seem to have extremely good timing and get reliable results.  In general, the greatest danger in using a severe punishment to teach a dog is that they might associate the punishment with something other than what you’ve intended (such as the humans who are standing around when the shock happens). Reassuringly, I’ve never heard of a dog associating the shock in rattlesnake aversion training with anything other than the snake.

Occasionally I hear of behavioral side effects, such as a fear of garden hoses, or the stethoscope in the vet’s office, or other snake-looking objects.

So who should have this done? Here’s my take: if your dog 1) lives, goes hiking, or camping, a lot in rattlesnake habitat and 2) is one of those super predatory dogs who sees something move and immediately pounces on it (terriers, hunting dogs, mouse and lizard hunters everywhere, I’m looking at you!), you should have rattlesnake avoidance training done.

In my experience, dogs who aren’t predatory or terribly stimulated by movement will often leave snakes alone or take a wide path around them voluntarily.  I  was once walking my three dogs when we encountered a bull snake in the road.  All three looked a little uneasy with it and gave it a wide berth on their own, and I’ve since heard stories of other dogs having the same instinctual reaction.  But, none of those dogs are the “predatory type.”

Personally, I go hiking with dog (a non-predatory type), off leash, and he hasn’t done rattlesnake training.  My thought is, if he were ever to be bit by snake, it would probably be because he stepped on it while running, and didn’t even know it was there.  And if he doesn’t know it’s there, how could he avoid it, even if he had learned to?

Ultimately, every dog is different, every lifestyle is different, and only you are in a position to make decisions about your dog’s safety and happiness. We’re here if you need anything! 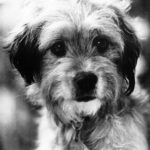