What’s in a name?

Ask your parrot!  Up until about a month ago, it was thought that only humans, dolphins, and some songbirds use certain calls which distinguish different individuals within a social group. Now, research shows that “all wild parrots use unique “contact calls” that not only distinguish each bird individually, but also communicate their gender, and the mate and larger group they belong to.”  In other words, parrots call each other by name, gender, familial ties, and “rank.”

Take this as proof that although your bird may not always respond to his name, he does understand the concept, which is more than we can say for your dog 😉

Even more compellingly, it seems that “the parents give the chicks their own call” – meaning that this naming is not a random sound emitted by the chick and responded to by others, or a genetically wired action, but that the parents are actually choosing a “name” for the chicks.

Of course, this then raises the question: when your bird calls you by name from across the house, does he really understand that he’s calling you, or is your name just fun to yell because it makes you show up? Your guess is as good as mine. 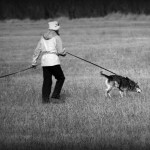 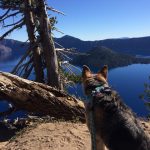 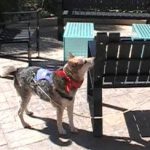